The lake you can drink

Other Italian lakes might be more famous, but little-known Lake Bolsena is an unspoilt paradise, where the fertile countryside, friendly people, ancient ruins, historic sites of all periods and charming medieval towns come together.

Lake Bolsena is sometimes called Italy’s belly button from its shape and location in the middle of the peninsula. It is surrounded by the beautiful landscapes of Northern Lazio, sometimes called Tuscia, and borders to Umbria and Tuscany.

Lake Bolsena is the largest volcanic lake in Europe. It was formed about 370,000 years ago, when the multiple volcanoes of the region spewed forth so much the underlying rock that the area of the lake, the caldera, collapsed into a deep bowl. This bowl was gradually filled by rain water and underwater sources. The volcanoes continued underwater, forming the two islands in the middle of the lake, L’Isola Bisentina and L’Isola Martana. L’Isola Bisentina has often been described as the most beautiful island on any lake in the world.

Set in an unspoilt, undulating stretch of countryside, it is no surprise that Bolsena and Lake Bolsena have quietly bloomed in popularity over the last decade or two. Offering considerably better swimming conditions than the coast itself, Bolsena and its lake attract visitors drawn by the peace, the rural beauty, and the friendliness of the lakeside towns.

Only three settlements occupy Lake Bolsena’s 30-mile shoreline. The largest and loveliest one is Bolsena itself although Capodimonte is certainly worth a visit too. Bolsena is a town of palpable contentment – well-maintained, litter less and truly cosy. A fairytale castle rises above a tangle of medieval lanes, proud Renaissance houses gaze across friendly squares, and tree-lined boulevards lead down to clean beaches. For visitors, a handful of low-rise hotels dot Bolsena’s waterside, the long spaces between them enlivened by flowerbeds, white balustrades, and inviting outdoor cafés.

Lake Bolsena is so clean that it is called “Il Lago che Si Beve (the lake you can drink)”. It is indeed the cleanest lake in Europe. You can enjoy the crystal clear waters and watch the fish beneath you that you might have for dinner.

The lake has many sandy beaches and it is particularly suited for families with children because, particularly in the mornings, the lake tends to be very calm.

One more thing about Bolsena. Its position on old roads to Rome, plus its home-grown martyr St. Cristina, ensured that pilgrims stopped here for centuries. A local miracle further boosted its religious cachet in the late 13th century and still provides the excuse for Bolsena’s most colourful annual festival: the ‘Infiorata’, held every year in early summer. Locals line up medieval streets with a million flower petals fashioned into elaborate pictures and patterns. At night, a colourful, rather chaotic procession carries sacred relics over the lovely flower carpet. 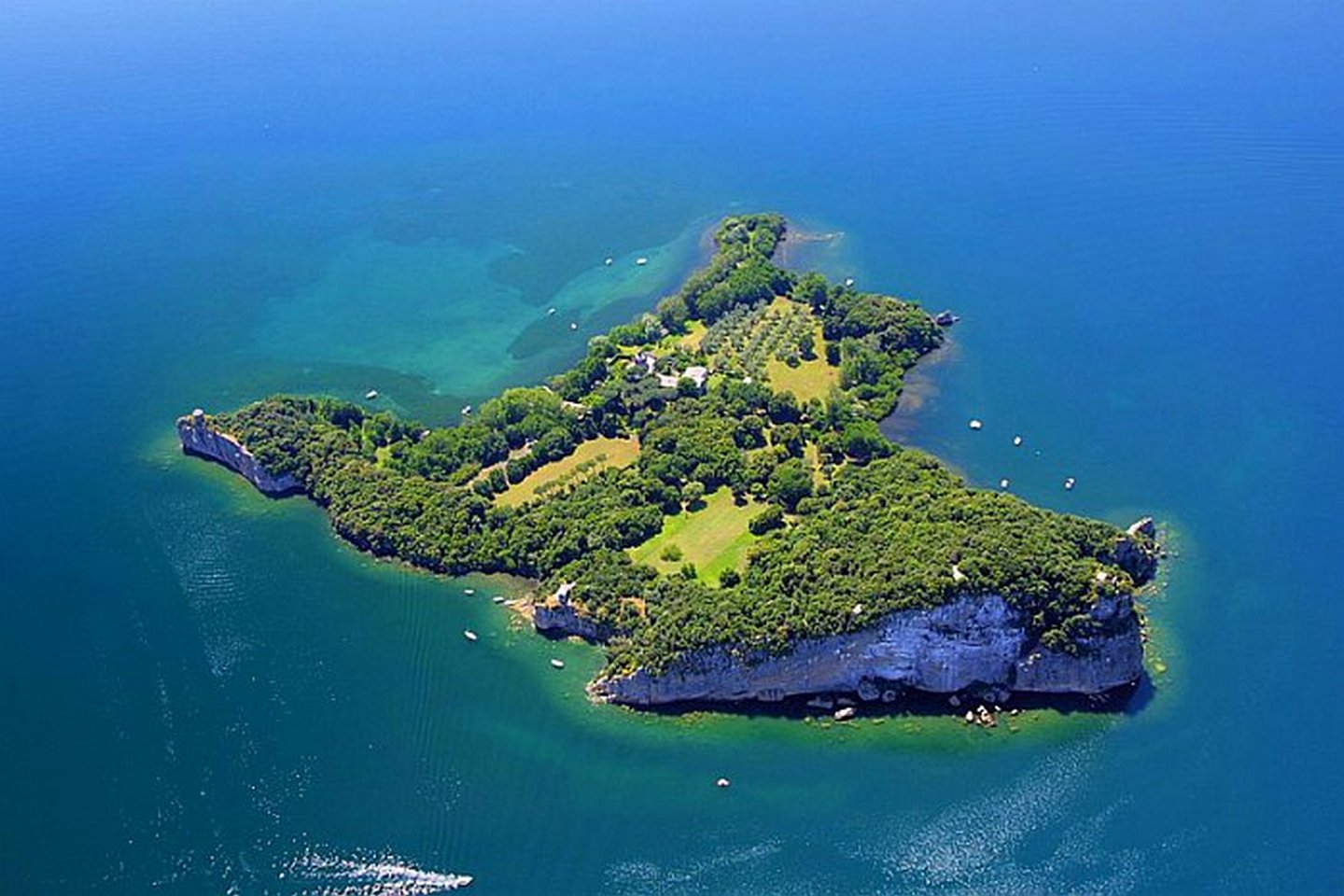 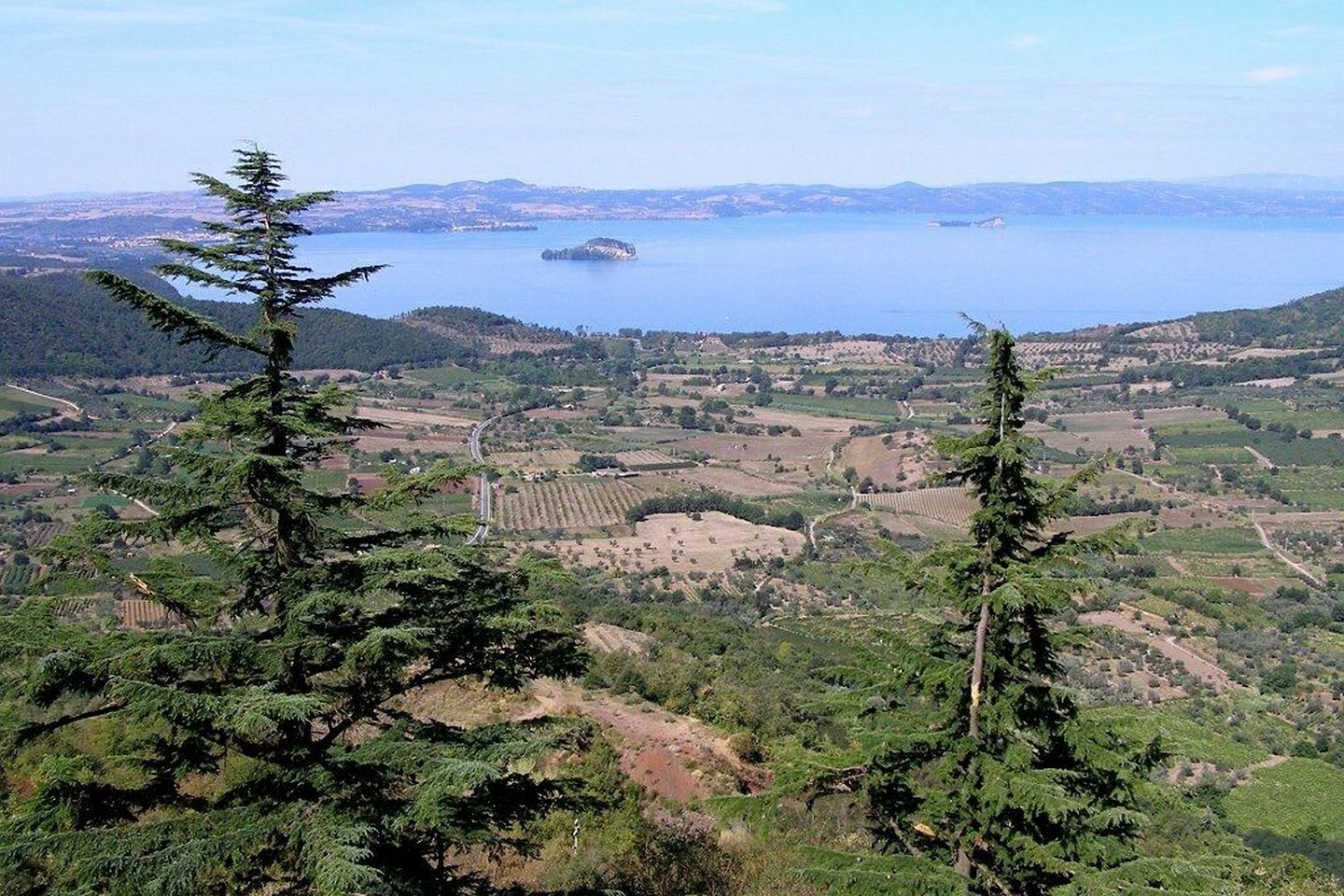