The town of the fine towers

On a hilltop in the heart of Tuscany stands a majestic medieval walled town, its profile bristling with tall towers.

San Gimignano, “la città delle belle torri”, is one of the most spectacular cities in Italy and indeed known all over the world thanks to its medieval towers.

The patrician families, who controlled the city, built 72 tower-houses (up to 50 meters high) as symbols of their wealth and power. Only 14 have survived but San Gimignano has retained its feudal atmosphere and appearance.

Indeed, when you walk through one of the ancient gates into the centre of San Gimignano, it seems that time has stopped many centuries ago. The unique collection of towers and the sloping winding lanes following the contour of the hill make it a very charming destination for those seeking the heart of Tuscany. San Gimignano has retained all of its old streets, its walls, gates, palaces, strongholds and fourteen towers and as such, its historic centre has been listed as a Unesco World Heritage Site.

Inside the town there are several small museums, a number of typical churches, interesting restaurants, coffee and wine bars, and gelateries with gelato to die for in Piazza della Cisterna. The pottery here, and other arts and crafts, is certainly worth a look and the art galleries and artists selling their work in the open air near the Rocca (fortress) are appealing.

Once the tourists have gone, just enjoy and stroll the narrow streets, see the spectacular frescos in the Duomo, or visit the specialty food shops that feature delicacies such as prosciutto di cinghiale (made from wild boar) and the local version of panforte, Siena’s traditional spiced cake.

And to graciously end the day, climb La Rognosa, the tower of the City Hall, and watch the sun go down while admiring the quiet majesty of San Gimignano, sitting on the top of its hill with its 360 degree view into the surrounding valleys. 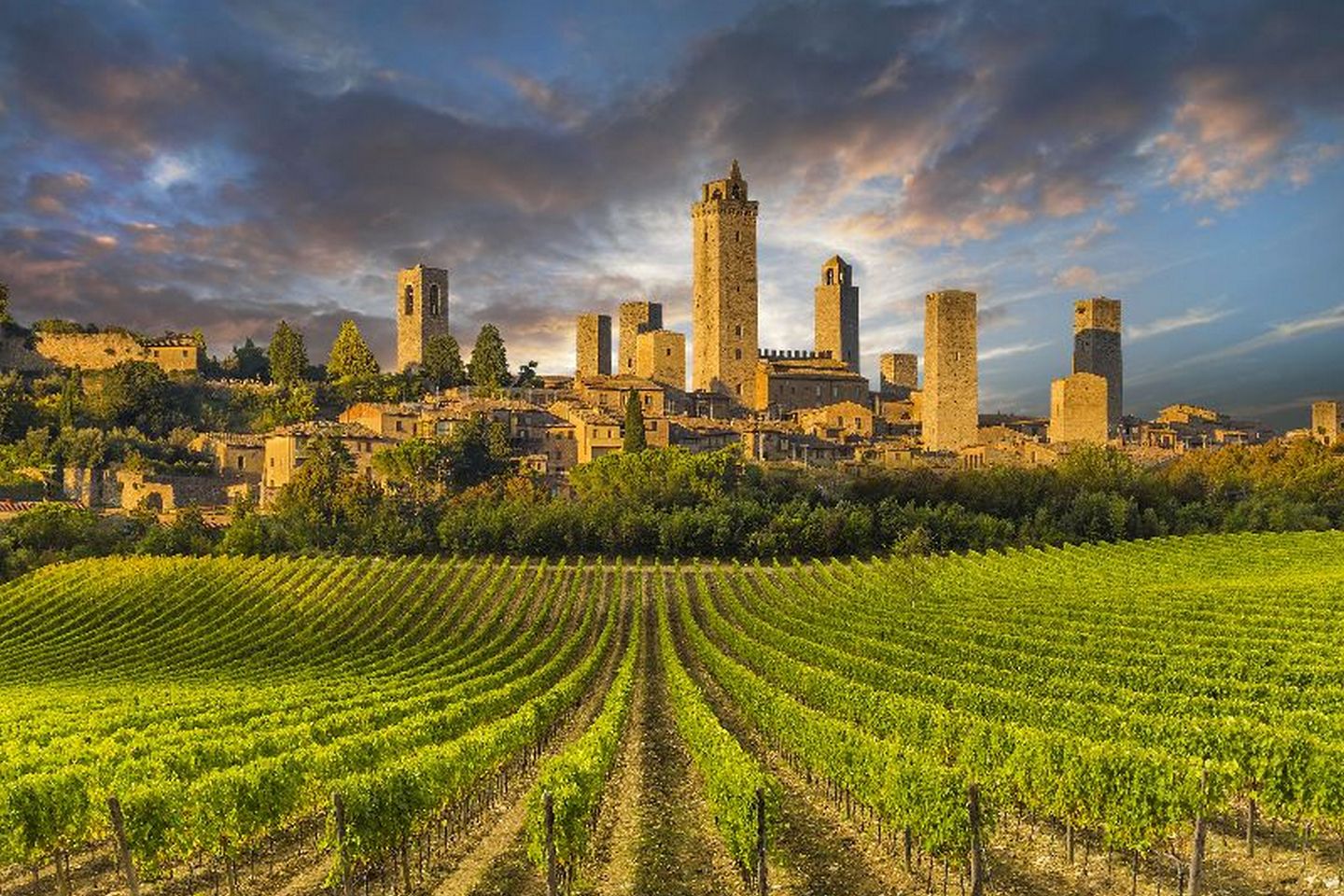 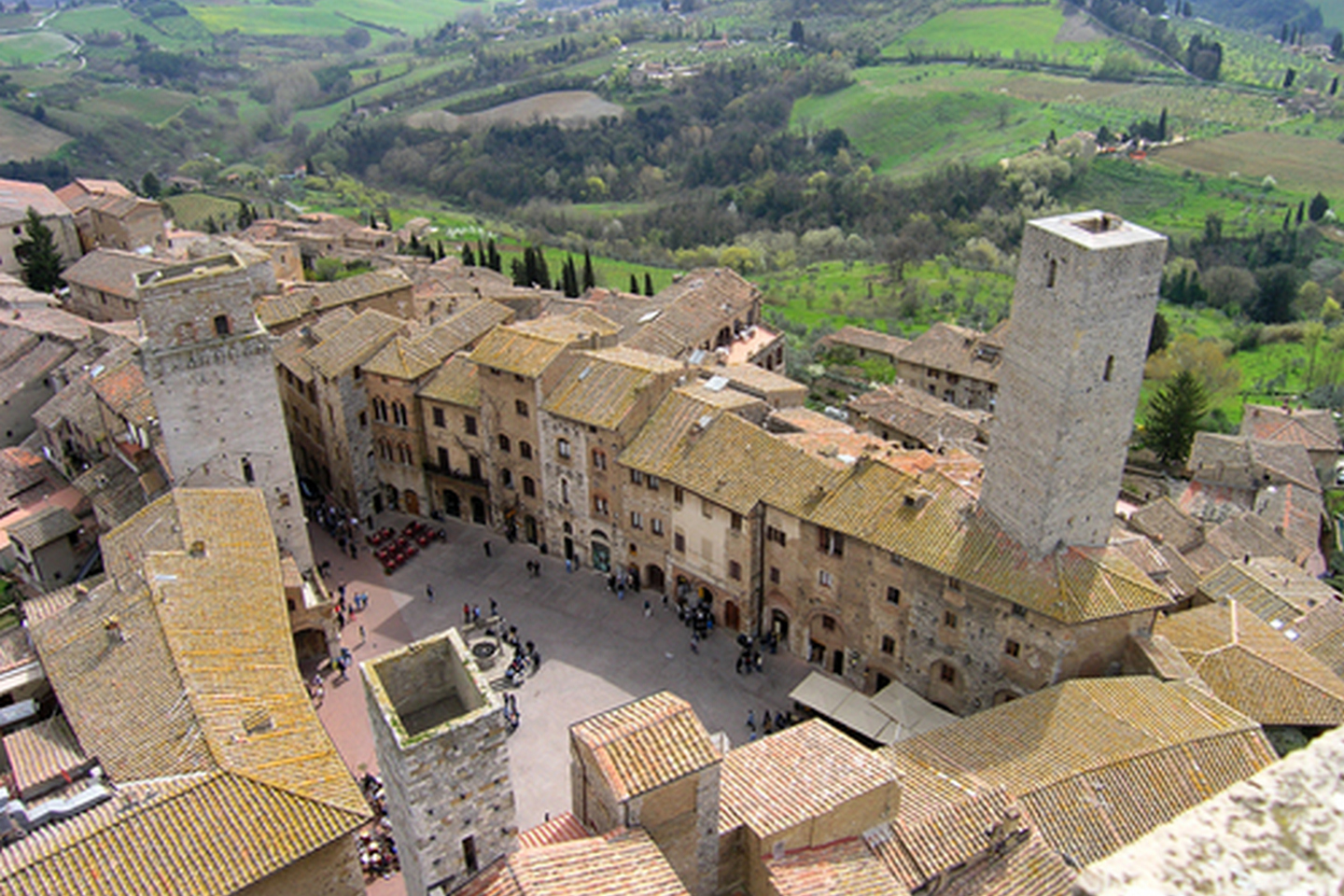 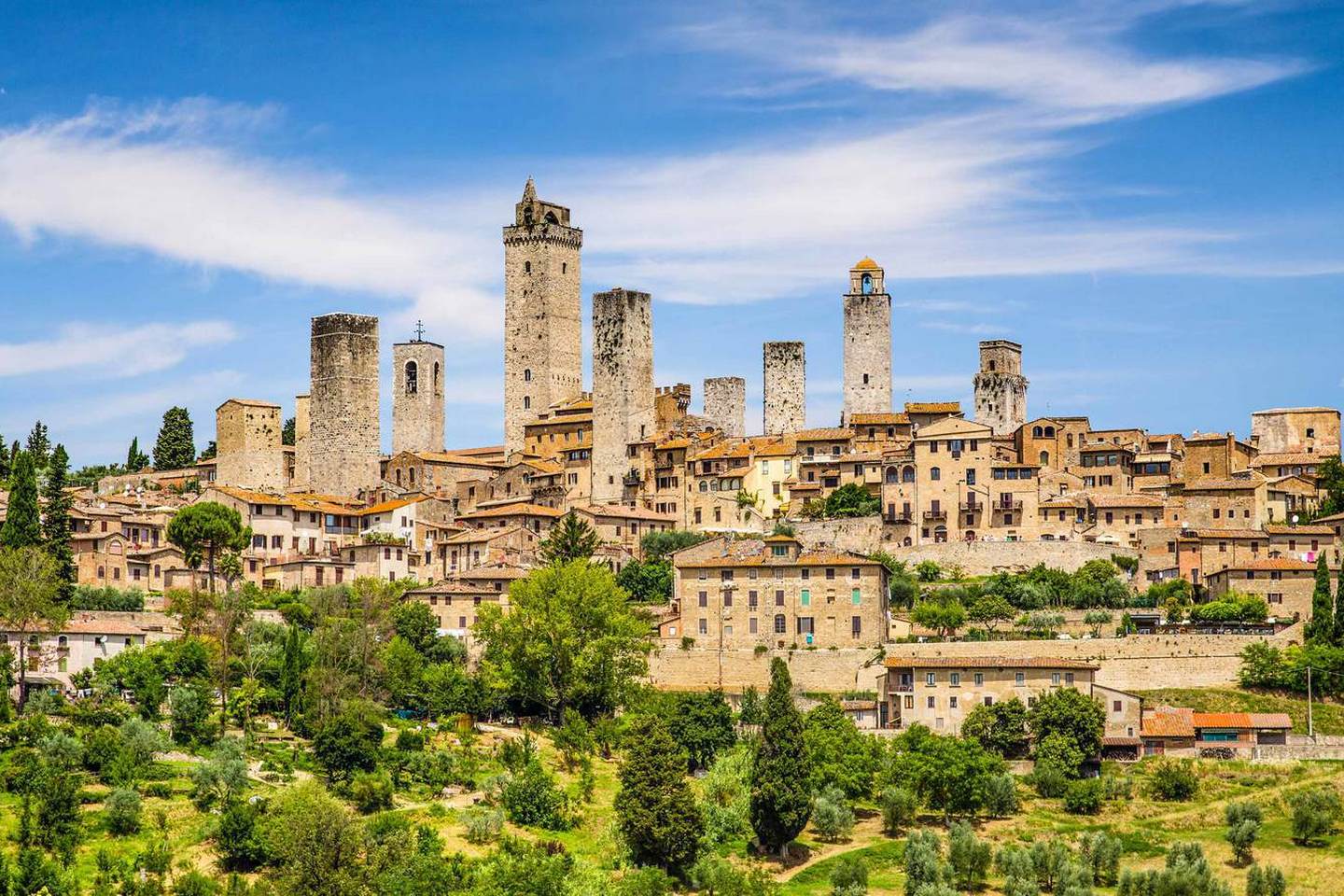