Monte Amiata in the middle of summer: cool breezes rustling the leaves of the trees along the trails, sun drenched meadows, lovely medievale towns, and a host of festivals. Who could ask for more?

Beech and chestnut trees cover the lower slopes of Monte Amiata, and the higher slopes are covered with old growth forests that are spectacularly coloured in the autumn and make the mountain extremely popular among hikers and bikers. Both the flora and fauna of these forests are unusually diverse, with a number of endemic species. There is now an excellent Parco Faunistico with marked paths that guide the visitor through the various habitats of the mountain.

On a clear day you can see from Elba to Abruzzo, and the meadows, Prato della Contessa and Prato delle Macinaie, are perfect spots to work on your tan. Or, you can hike one of the mountain’s many marked trails, which vary from easy (the main ring around the mountain) to invigorating (to the peak). Read more about the things to do on and around Monte Amiata in the section Activities.

Mount Amiata, today famous for its ski runs during winter was, thousands of years ago, a huge volcano whose eruptions inundated the surrounding hills for centuries with lava. Some volcanic activity, even if only residual, is still present! Indeed, various springs of hot water gush out throughout the mountain. These springs, rich in sulphur and other healing elements, were popular among merchants, pilgrims and the aristocracy of the Roman Empire, who, in the Middle Ages, crossed the Via Cassia and immersed themselves in these thermal springs. The sources still flow today near just about every village and they continue to fuel many thermal springs, including the hot water bathing centres of San Casciano dei Bagni, Bagno Vignoni and Bagno San Filippo. Bathing is possible all year round at the swimming pools “Val di Sole” and “Terme San Filippo”, which make use of thermal water directly from the springs.

Like all other towns on Monte Amiata, Abbadia San Salvatore is typically medieval, a maze of winding streets and huddled buildings with tiny windows, and you never know what you’ll find when you round a corner: a carved lintel, the façade of a tiny church, or perhaps a spectacular view of the countryside.

In addition to being delightfully cool during the summer, Monte Amiata is always busy, with fashion shows, medieval pageants, fairs, and Palii (similar to Siena’s but on safer tracks) — there’s something going on almost every day. 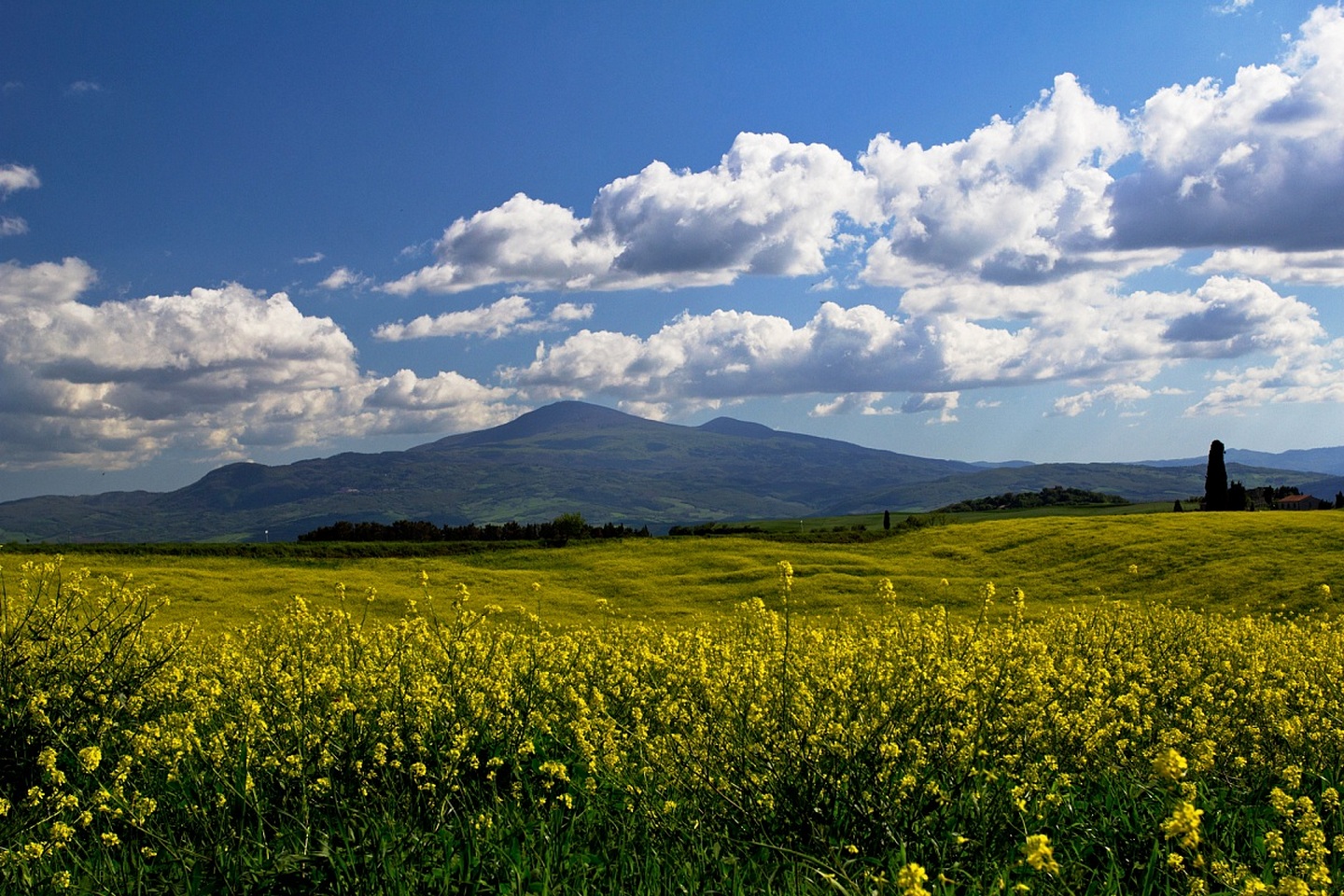 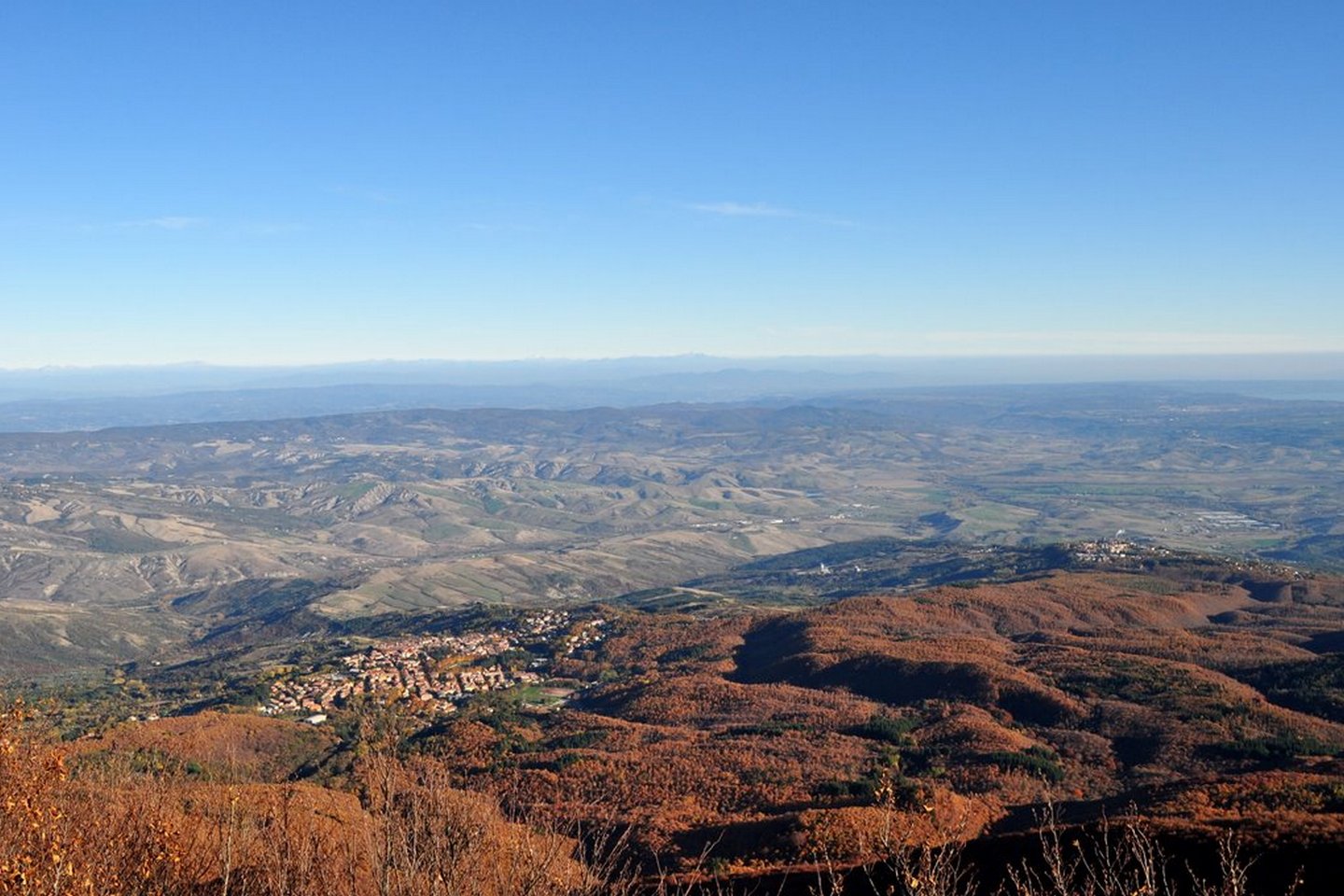 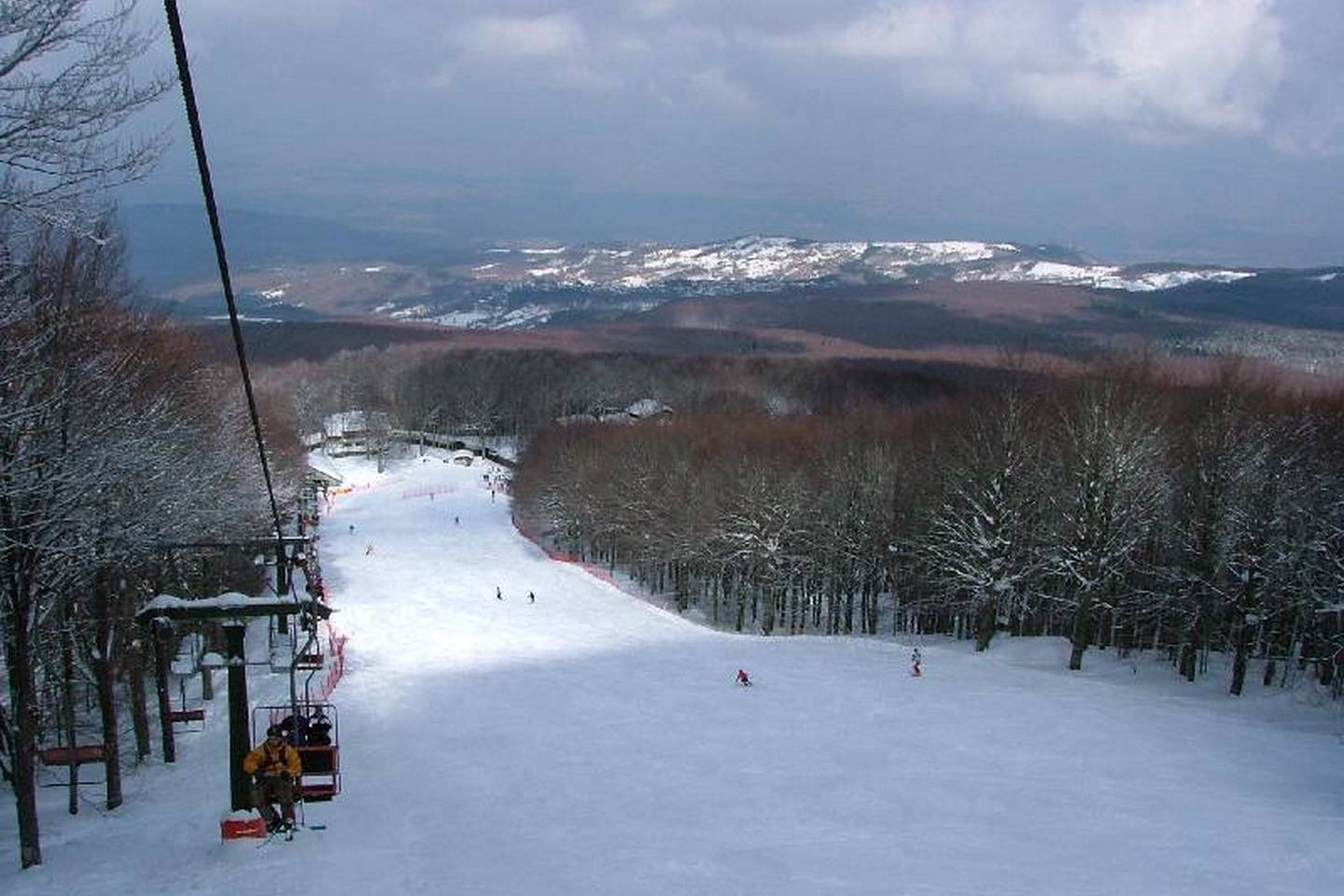