Civita di Bagnoregio presents itself without warning, no matter how first approached.

The town sits whole alone, perched on a small outcrop of volcanic stone like an island surrounded by a vast eroded valley. It is set within a unique and dramatic landscape in which a flat plain suddenly gives way for the almost crater-like valley within which Civita sits.

Civita di Bagnoregio is indeed famous for its striking position a top a plateau of volcanic tuff overlooking the Tiber river valley, but it is in constant danger of destruction as erosion causes its edges to fall off, leaving the buildings built on the plateau to crumble. Entire neighbourhoods were swallowed up over the last two millennia as they dropped off in the landslides, until only the central and most ancient part of the village was left.

The town was placed on the World Monuments Fund’s Watch List of the 100 Most Endangered Sites, due to the threats it faces from erosion. Civita is indeed called “il paese che muore”, the dying town.

If you observe it from a distance as it clings to the edge of the precipice which seems to be attacking it from all sides, the village of Civita di Bagnoregio seems like a ghost town, something that could exist only in the mind of a visionary or in a dream remembered. Especially on certain misty mornings that little group of houses seems to float surrounded by a fog of unreality.

Civita ends with a small terrace near a short stretch of the ancient walls. From there one can see a vast area where almost all of the tufa rocks have disappeared and what looks like a lunar landscape or a crater formed by the fall of a gigantic meteorite. In a way, the view shows the destiny of Civita … 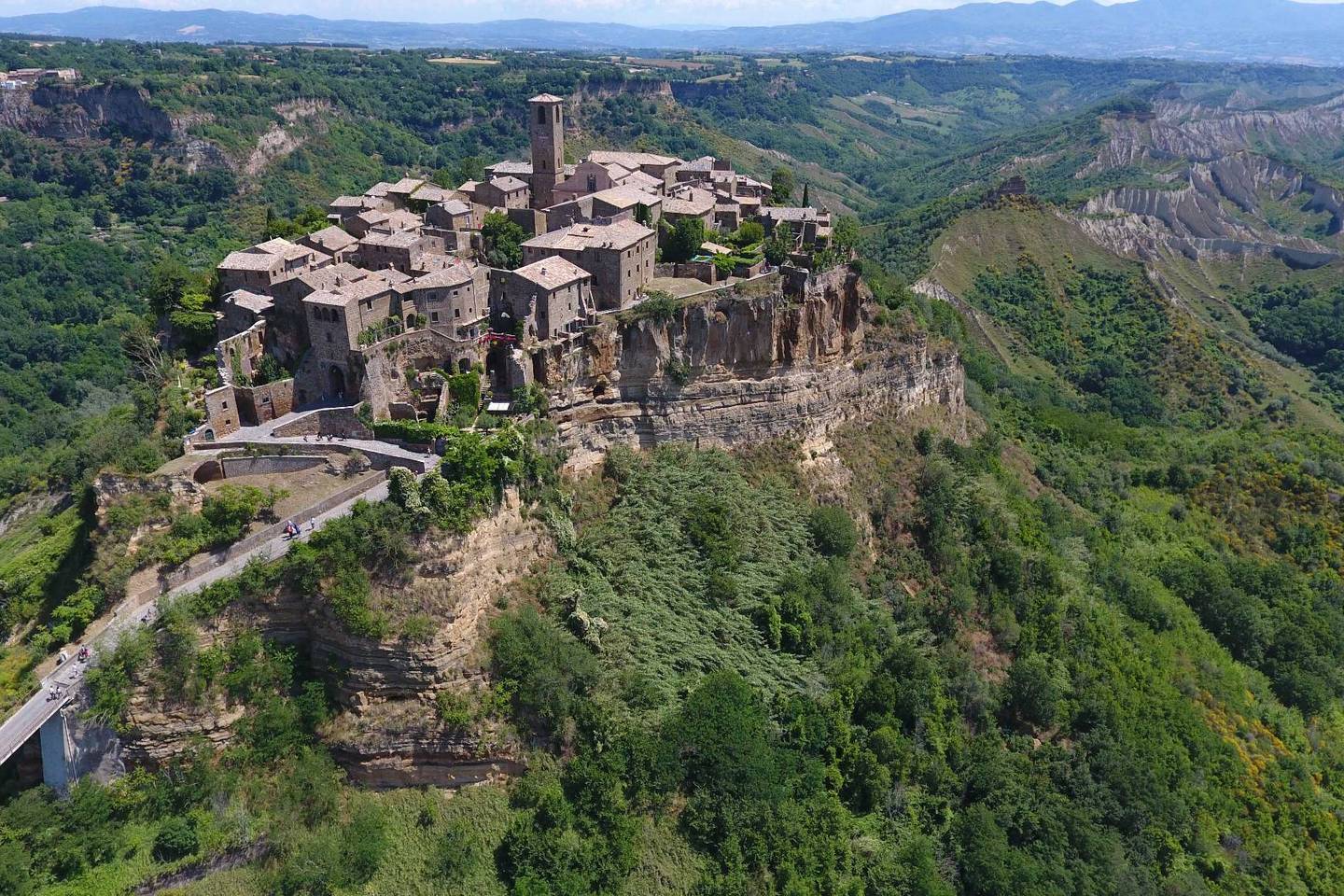 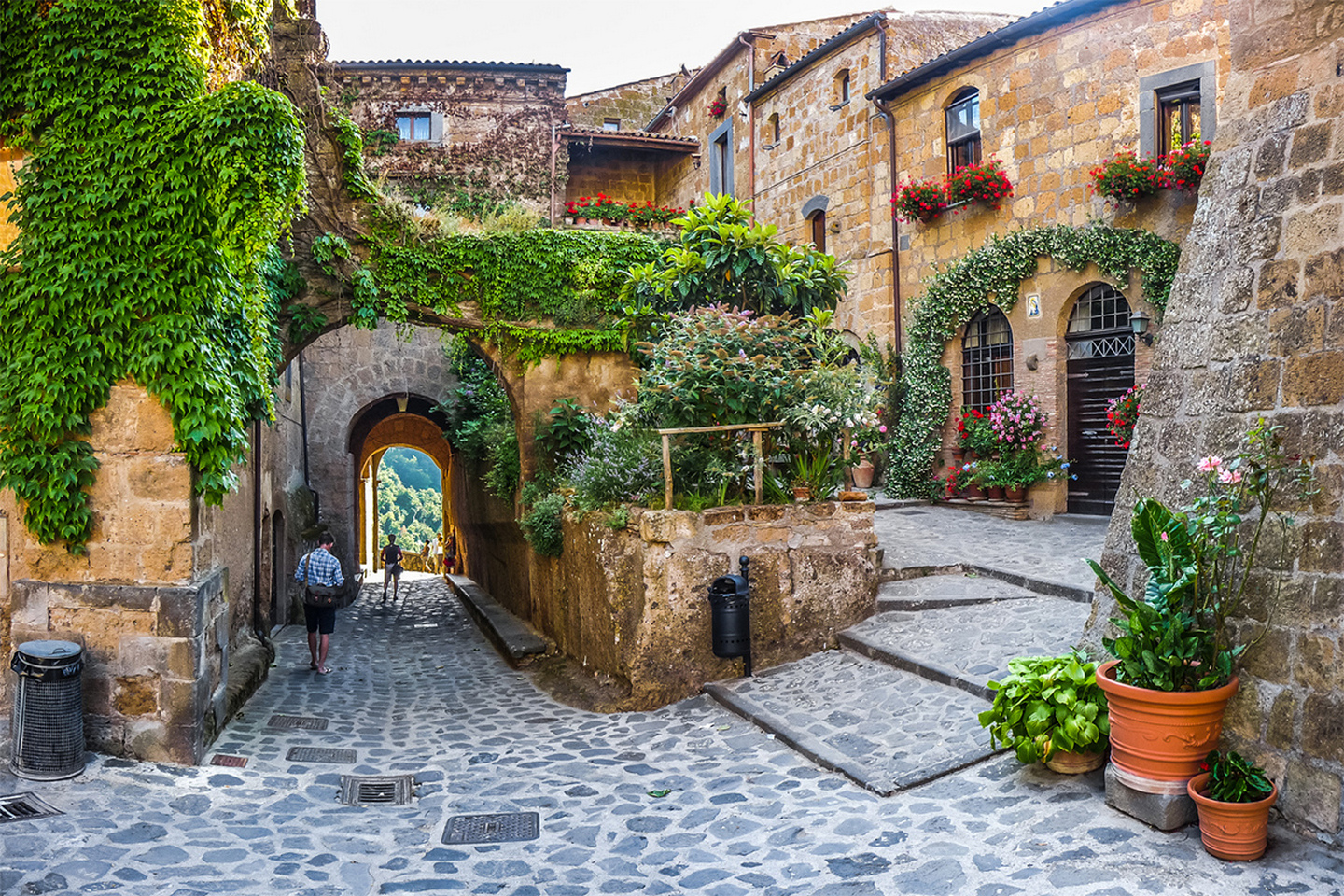 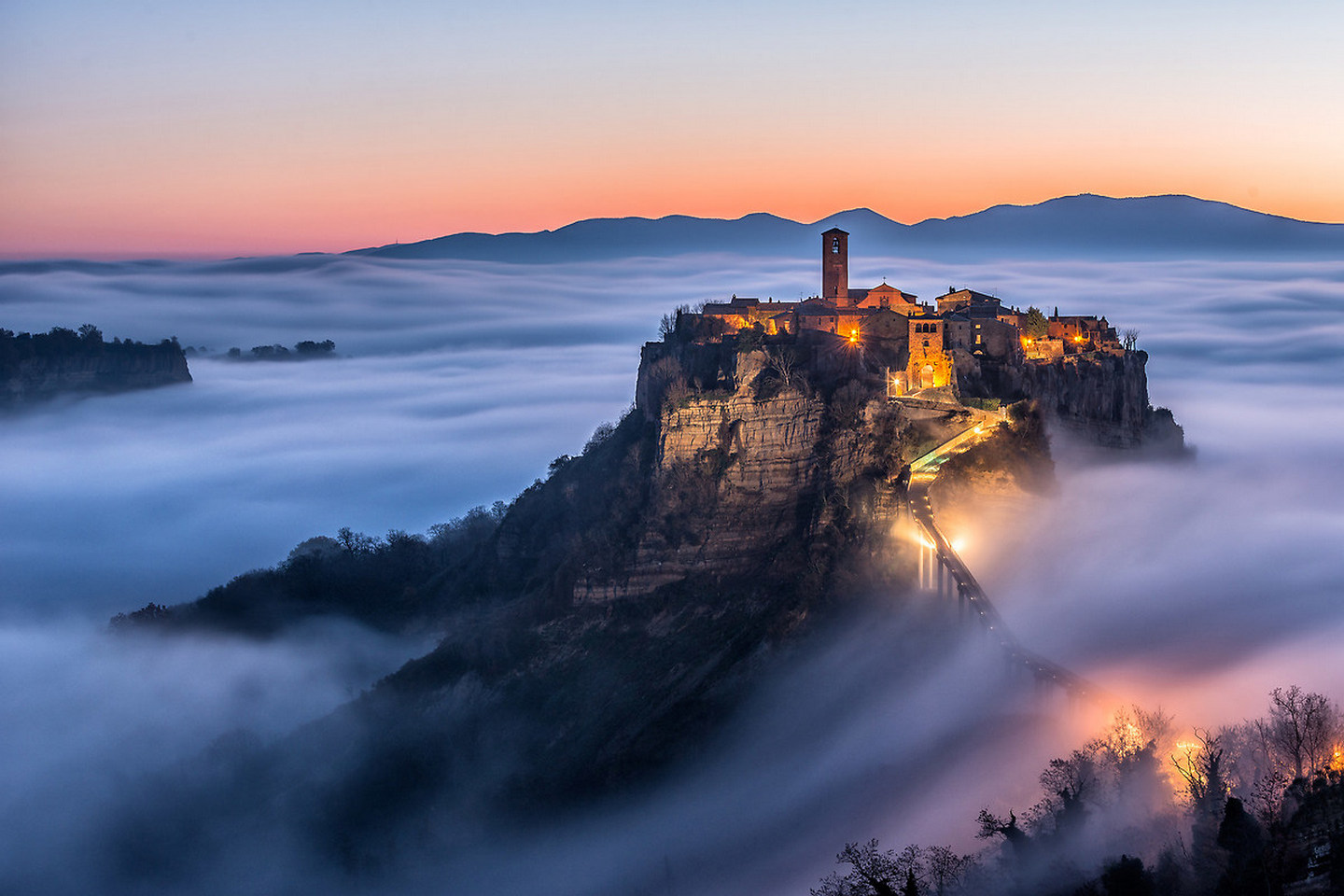